Prince Albert showed his penchant for dogs this Sunday, May 8 at the Monaco International Dog Show. The show took place at the Fontvieille marquee and accompanying Prince Albert was Princess Caroline of Hanover. Mélanie-Antoinette de Massy is President of the Canine Society of Monaco which organizes this annual competition. Mélanie is the daughter of Prince Albert and Princess Caroline’s first cousin, Baroness Elizabeth-Ann de Massy, ​​herself president until her death in 2020.

This 2022 edition was thankfully free of Covid restrictions and buzzing. It brought together over 1,100 dogs from over 180 different breeds. Over 20 countries have come to Monaco to show off their canine friends. 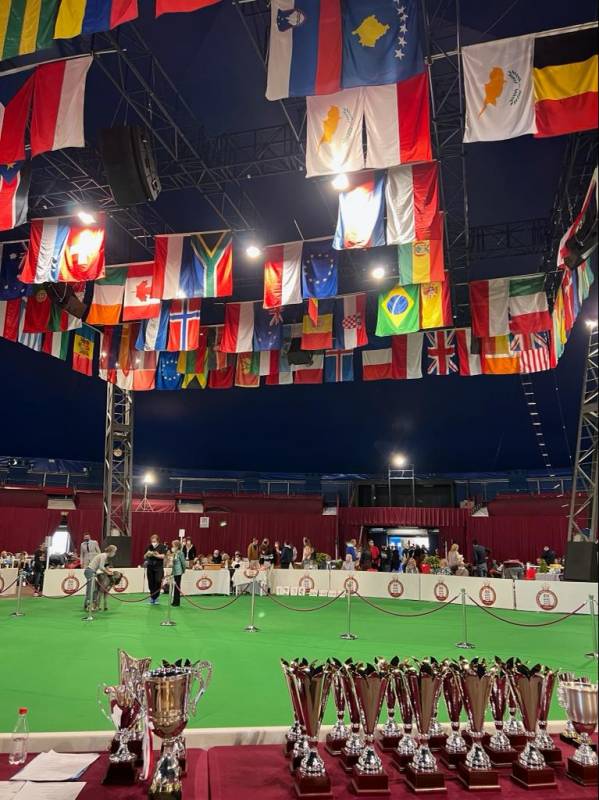 Divided into 10 groups, the doggies were judged by nine international judges on their coat, appearance, obedience and abilities. Any minor detail could sway the judges from ears to teeth to tail – even the sharpness of their gaze.

The judges came from countries as diverse as France, Hungary, Peru, Italy, Ireland, Spain and Portugal.

It was a beauty pageant to end all beauty pageants that only lacked interviews, although there was a strange understanding between the dogs and their handlers.

The Sovereign and Princess Caroline took part in the awards ceremony, affectionately petting the award-winning doggies. In the end, Caroline took in her arms the wire-haired dwarf dachshund mounted on the first step of the podium under the admiring gaze of Prince Albert.

And to finish with a bit of humor from a list of the “best dog jokes”. In the Principality, beautiful dogs and brilliant marine biologists gather. What could they possibly have in common?

“One wags its tail and the other tags a whale.”

All prize-winning dogs at the Monaco International Dog Show will be able to compete for the second stage of the Mediterranean Trophy in San Remo on June 17. The third stage will bring together the potential winners of the final in Martigues on September 25.

QUARTZ HILL – Seasoned dog show judge Nancy Talbott will await her debut as a judge at the 146th Annual Westminster Kennel Club Dog Show presented by Purina Pro Plan, after the show was postponed to a later date this year due to an increase in the Omicron variant in New Year’s Town. The iconic […]

Tedders and chairs thrown in a mad fight at the Miami Dog Show, wild video!

All hell broke loose at a dog show in Florida last weekend – when people threw hay AND chairs at each other in a senseless fight – and the wild scene was caught on video! The fight unfolded at an event called the Miami Bully Takeover at the Doubletree by Hilton hotel near Miami airport […]

The dog show was moved from its long-running February date to June 12 and 13, and from New York’s Hudson River Piers and Madison Square Garden to an outdoor setting. NEW YORK – Editor’s Note: The video above is from February 2020. America’s top dogs won’t have their pack of fans on hand at this […]